When I Came Down From The Mountain 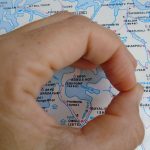 ZeroPoint is a place and a concept. The idea for ZeroPoint Embodiment: A Gathering Space is a culmination of my encounters with both.

My first experience was with ZeroPoint, Pindari Glacier high in the Himalayas. It is the place there the official trail ends and everything else begins. It was there that I imagined that I would find what I was seeking. Universal Truth and of course what to do with the rest of my life in a bright light “AH HA” moment. 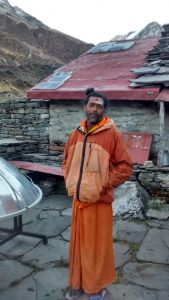 However, it’s there where I first encountered Swami Dharmanand while I was on a month long mountaineering course in 2001. This chance encounter with Babaji, as he is fondly known, helped shape and guide my India life. I returned many times to ZeroPoint to practice meditation and learn yoga with Babaji.

Each time I went to visit Babaji, he would let me stay for a while and then he’d send me down the mountain to learn and live yoga from the foundation up at the Bihar School of Yoga.

I knew I’d eventually share ZeroPoint as a portal for an international web of global citizens involved in Service and dedicated to the upliftment of communities through health, wellness and fitness. This inspired idea has been slowly developing over the past 16 years.

It’s only recently when I was ready to launch ZeroPoint Embodiment that I discovered the concept of ZeroPoint has roots in quantum theories:

In a ZeroPoint field of cosmic consciousness one can experience cosmic emptiness—a void. Yet, paradoxically, it is also an essential fullness where everything exists. Although it does not feature anything in a concretely manifest form, it contains all of existence in potential. It is pregnant with the possibility of everything there is including the embodiment of wholeness, our birthright of health and wellness. 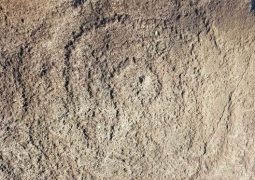 And 16 years later when I returned to the North Shore of Hawaii, I discovered a carving of an image of ZeroPoint on the ancient Hawaiian birthing stones near Wahiawa.

ZeroPoint Embodiment vision was launched in 2015 as a portal to share concepts of embodiment locally and around the globe.

The Farmacy is open!

Every Saturday 9am to noon